So Michael Gove performed a U-turn at the last minute and has left the GCSE alone… for now.  What a relief.

It seems that lots of people feel that the GCSE has had its day. There are some sensible arguments, but there also seems to be a hardcore of traditionalists who pore over league tables, humming and hawing about the decline of standards and  the three “R’s”. As much as I agree with some of these sentiments (I was fortunate
enough to have parents who emphasised the learning of my times tables when I was seven) I do think that this calling for exam reform has all the features of a public relations rebrand and none of the foresight of how schools and colleges will deal with forced reform that is based upon ill-informed deep feelings about a subject that has changed considerably since the 1970s.

When the GCSE qualification was introduced, it was the cure-all for a flawed set of qualifications, the GCE “O” Level and the CSE. Children would no longer be ostracised by a two tier system; they could all take the same exam and be compared by the same standard. How… idyllic.

Obviously, the GCSE Maths exams became so unwieldy in content that they needed to be separated into three tiers, Foundation, Intermediate and Higher.  This allowed for the vast variation between candidates.  A few years later even that was too complicated, so the exams were streamlined into just two tiers, Foundation or Higher.  On the chalk face, this allowed schools to stream secondary pupils; concentrating on underpinning the basics for the Foundation Tier candidates and really stretch the Higher Tier candidates.  In reality, this just meant that highly qualified/paid teachers teach the “Higher” candidates, and the PE / IT / Science / supply / unqualified teachers teach the “Foundation” candidates.  Because of the shortage of qualified maths teachers in England, secondary schools have an extraordinary turnover of staff teaching the Foundation Tier groups because they require greatly enhanced behaviour management skills as well as mathematical competence; unfortunately neither is easy to come by.  I’ve heard stories of teachers in tears, tables going out of windows, and students boasting of their horrendous behaviour in secondary maths classes.

So, unfortunately on the Foundation Tier, you’d have to do really well (75% or higher) in order to attain the coveted grade C.  Or should we call it “The Golden Ticket”. And that’s easier said than done when you’re aged 15 and surrounded by distractions, disruption and 500ml of Relentless.

Every year, I teach students on GCSE retake course.  Each student has a different story to tell, about the number of supply teachers they had in school, about the humiliation they suffered from a certain maths teacher, about the irrelevance that most of the maths curriculum has to real life application.  It’s my job to try to turn these students around, to make them start feeling positive and commit to achieving the C grade that will allow them to cross the divide between being branded a failure (yes, they all consider a GCSE D grade a “FAIL”, even thought it’s not) and being hailed as a success and going to university.  Gosh, I was glad to see that this new-fangled GCSE brought the two tier elitist society-dividing system to an end (<– Sarcasm).

Exam grades are known to have increased year upon year, but for the first time last year the percentage of C grades fell when OfQual “cracked down” on these thicky kids and their cheating teachers, by denying a large proportion their golden ticket onto A Level, a collection of five magic C grades.  But at least the government is on it, right?  On it like a car bonnet!  The league tables help with that, right? <–pssst… more sarcasm)

Wrong. Since the development of the GCSE curriculum in the nineties, the world has changed. OfQual has rightly allowed the GCSE syllabus to move with the times. Kids have access to better calculators; better internet, better opportunities to learn in general.  And we only have to look to our everyday use of smartphones and app software to see that it’s no longer important what math facts you can commit to memory, but how effective you are at solving problems using the tools that you have available.

The ridiculous squawking of politicians and ill-informed “education journalists” that erupts on a yearly basis to return education “back to basics” is designed to appeal to a certain demographic; those people who learnt that way themselves. Again, I learnt a number of skills by rote when I was very young, so I am to be included in that demographic and it helps me more now than ever before because I’m now a Maths teacher, and I’m expected to teach it.  But most people don’t become maths teachers. Most people don’t pull out a pencil and paper every time they need to calculate. What do they do? They reach into their pocket and pull out a mobile phone calculator or go on the internet, or use an app that is much, much quicker. And let’s face it, less prone to error.

Conceptual understanding is key. Rote learning has its place, but mainly for the purposes of passing exams.  If you fully understand the concept of multiplication, you can use a traditional method or the grid method or the Italian method because you’re going to get the correct answer and be able to verify it.  Many adults do not understand the “new” methods of multiplication, and I’ve heard children relay stories from home about how Dad rubbished the grid method and taught Jonny the “proper” way. So when little Jonny comes home from school with multiplication homework to do, he has this conflict to contend with.  Most of the time, both teachers and parents have little success, because not only do children get the two methods mixed up, but well-meaning (and numerate) mums and dads may not be able to explain what they are actually doing, just that that’s how you do it. Of course, there are maths teachers out there who have the same problem, so let’s not be naive (particularly at primary level, where you’d expect conceptual understanding to be of the highest priority).

I coach young adults who have been taught several ways of doing multiplication, and I usually have to go right back to the basics to tackle the conceptual issues of multiples. The fact is, any nobber can learn a method by rote, but both new and old methods have the same issues when it comes to understanding how they work.

Anyhow, surely the point of qualification reform is to provide employers with the information they need to select staff with the right skills.  A truly progressive qualification must assess a candidate’s ability to find and use information selectively; to analyse using numerical strategies and to communicate numerical ideas clearly and succinctly.

Do you have concerns about your progress in GCSE maths?  Do you have concerns about your son or daughter’s progress?  Now’s the time to act; with June examinations fast approaching for year 11 students, there’s just enough time to get in a few hours of extra tuition that could make all the difference between a D and a C grade, or allow students to have a chance at attaining those B, A and even A* grades.  Maths Heaven particularly caters for students with maths anxiety, maths phobia or conceptual issues. 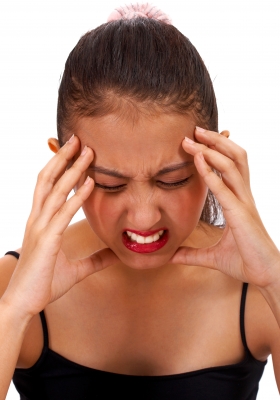 Stressed out with Maths?

Maths Heaven has availability for GCSE maths tuition on Wednesdays (7-9pm) and Thursdays (between 3-9pm). I am hoping to schedule some intensive revision classes and small group sessions in Easter 2013 and the May half term week (just before the final exams!), depending upon demand.  Contact Maths Heaven Ltd now for further information and to book your FREE initial assessment.  Students can be aiming for any GCSE Mathematics or Statistics qualifications with any exam boards, and tuition can be either online (Skype / ScribLink) or face-to-face (based in Andover, Hampshire).

The sky is the limit when you’re in Maths Heaven!